We set off from Middle Lagoon and got through the sandy road without incident. We refuelled at Roebuck and made good time to the caravan park at Eighty Mile Beach. 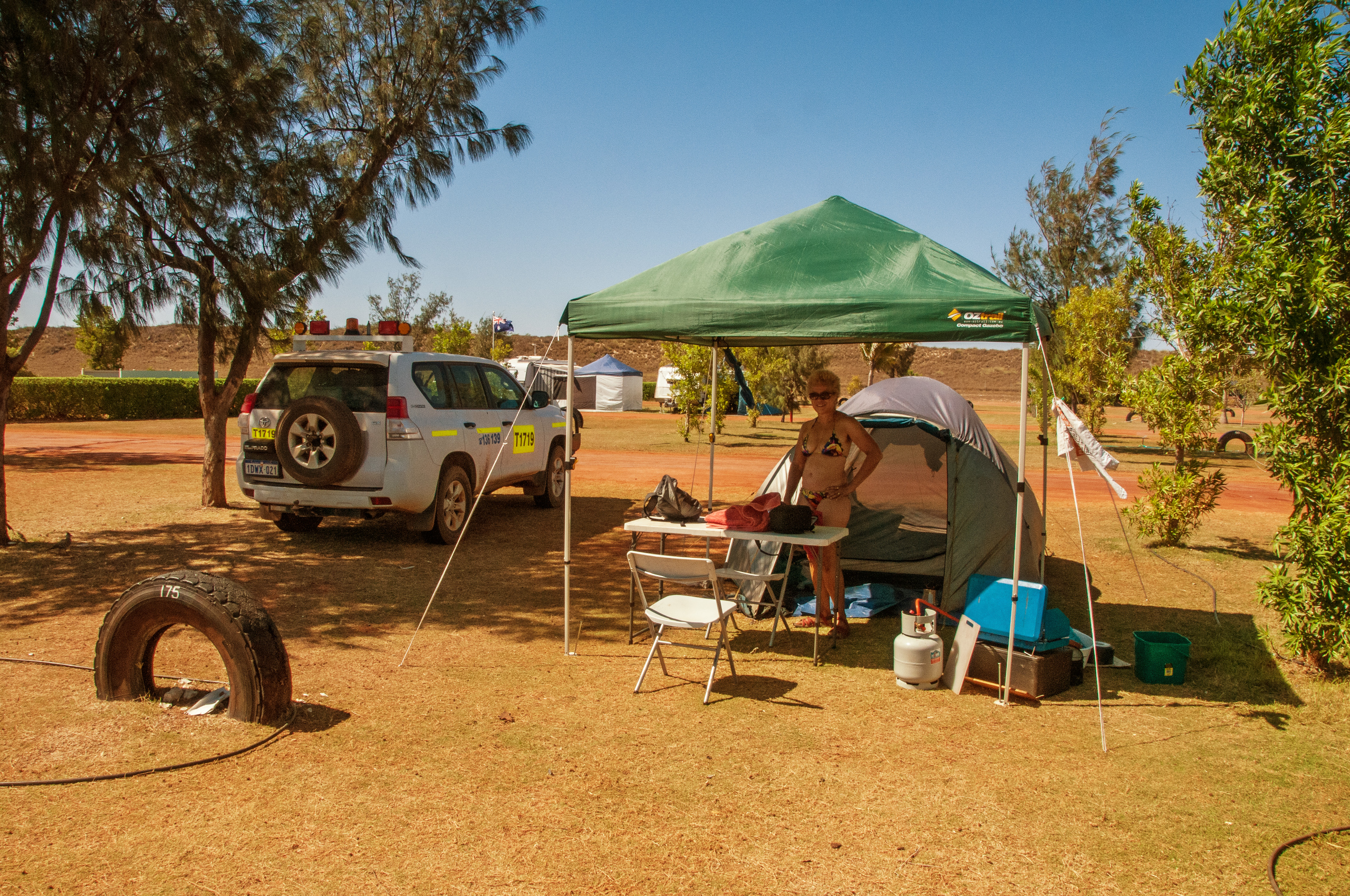 I thought the Dampier Peninsula was sandy but Eighty mile Beach is even more so – see the geological map below!

Whereas the beach at Middle Lagoon was deserted, here it was relatively crowded with fishermen. There seemed to be some sort of agreement that they keep a certain distance apart. They fish at certain stages of the tide and woe betide bathers when the fishermen are about!

We were closer to our neighbours than we had been in previous camp sites, which was no bad thing. One set of neighbours, on hearing that my birthday was imminent gave me a nice present – a  photograph of a Blue Winged Kookaburra which she had taken a few days earlier. 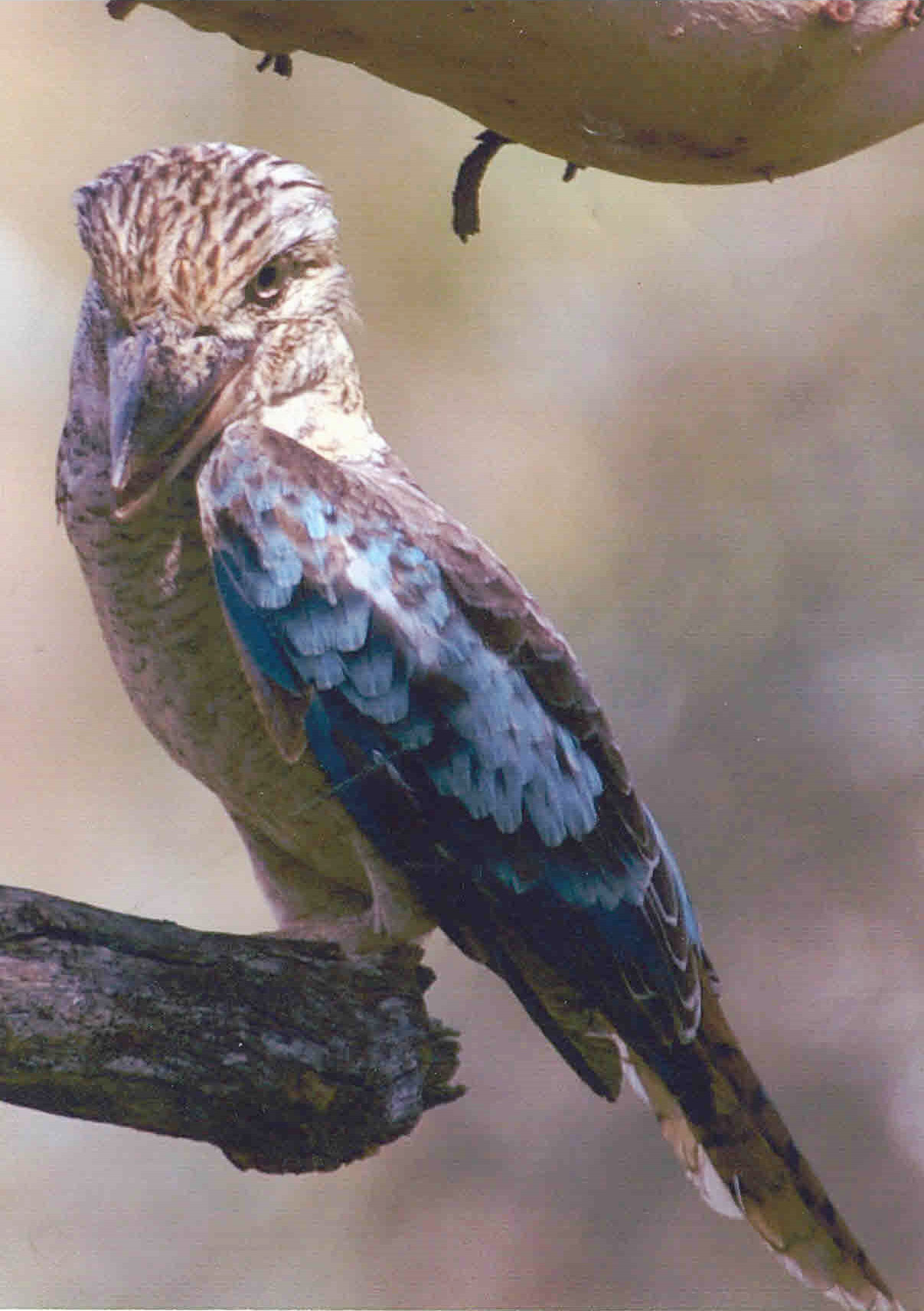 You keep bumping into people you met previously, which is not very surprising – there is a limited number of places one can go to. 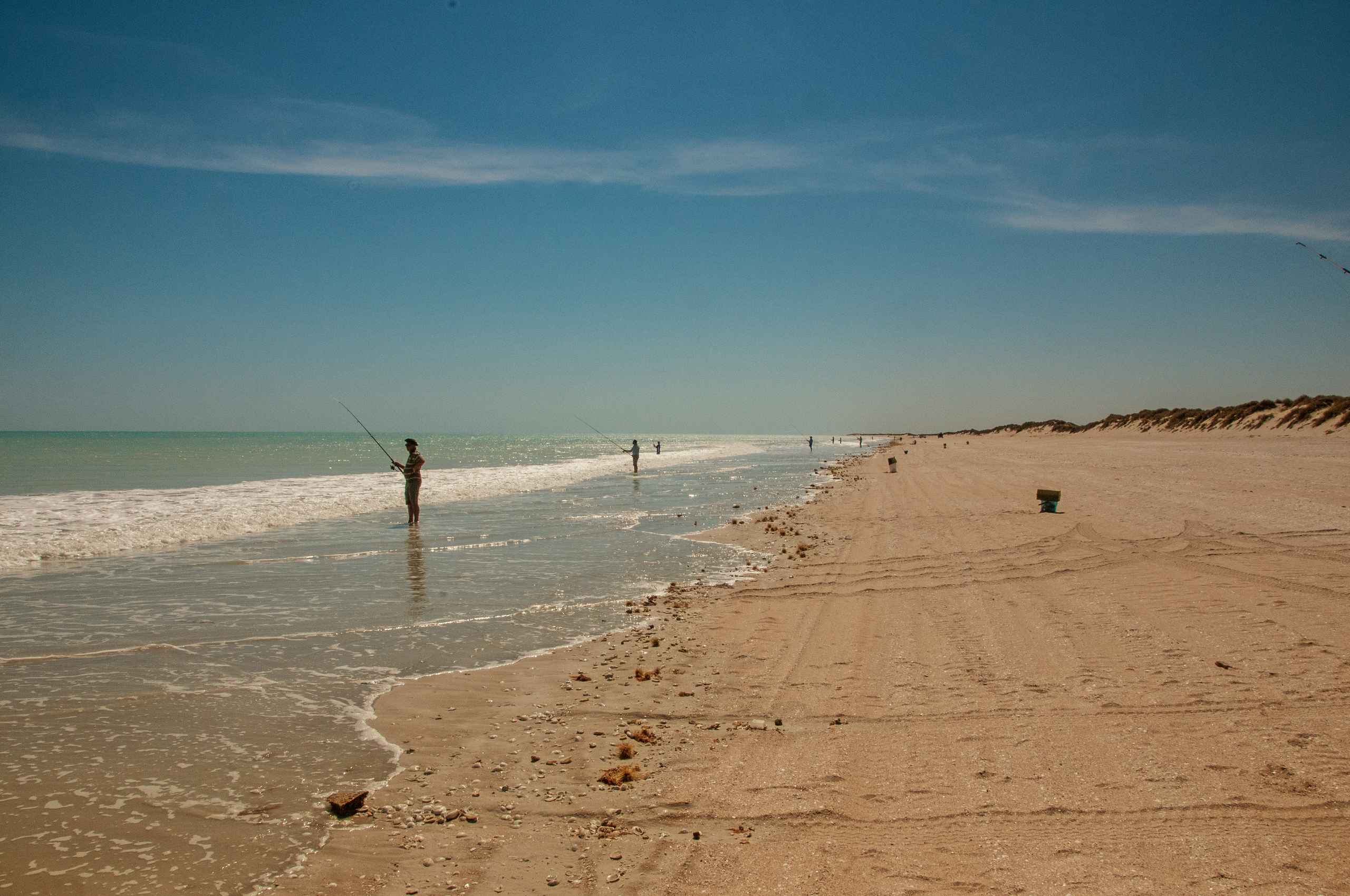 The tide is in so the fishermen are out – swim at your peril!

The second day I walked along the beach and did 3 miles out and 3 miles back – I can well believe it stretches for 80 miles. But you can collect lots of shells.

There is 80 miles of this but I don’t think the fishermen extend all the way along!

So as we headed south along the coast we found things, by Australian standards, were getting more crowded. 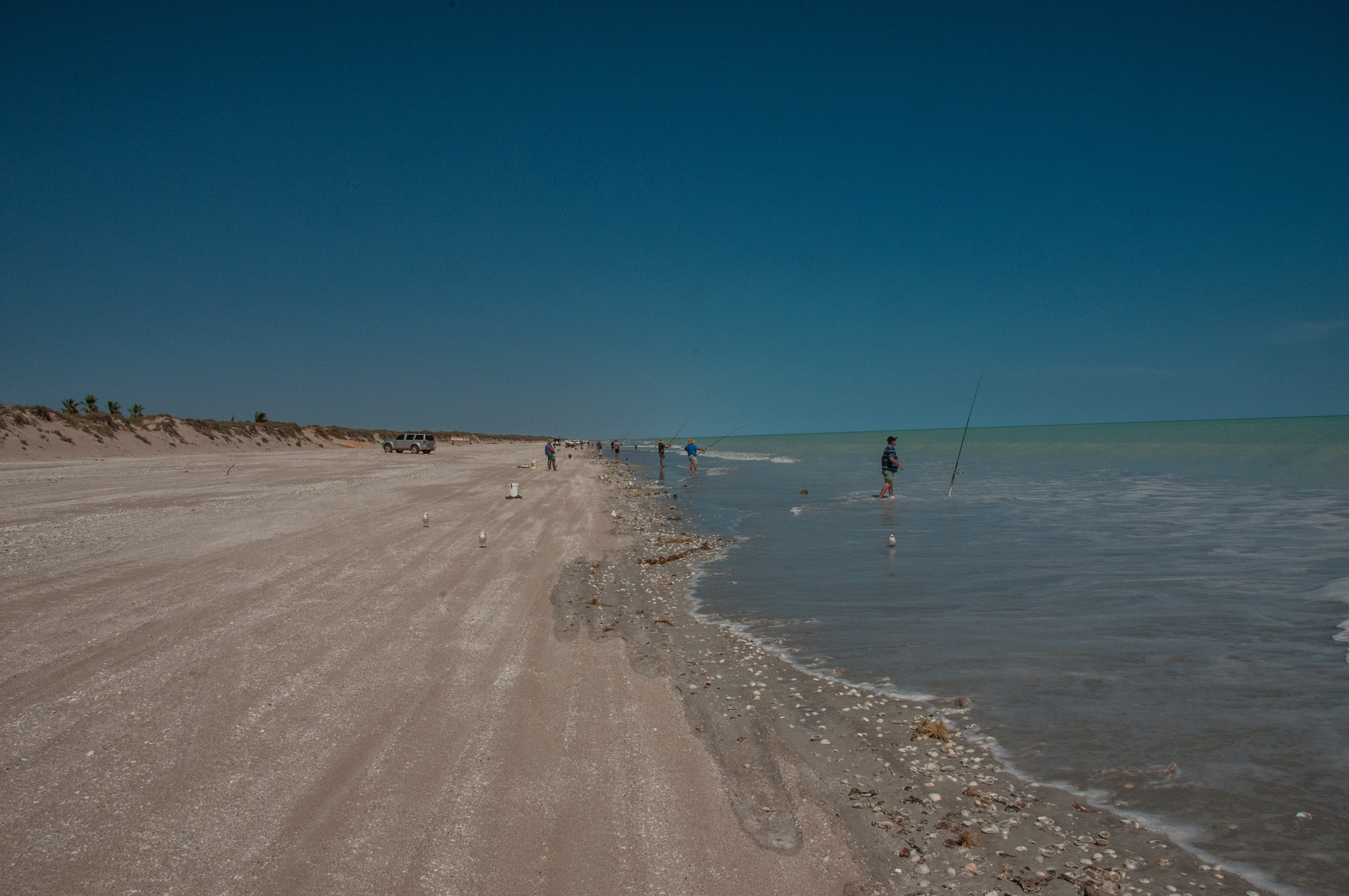 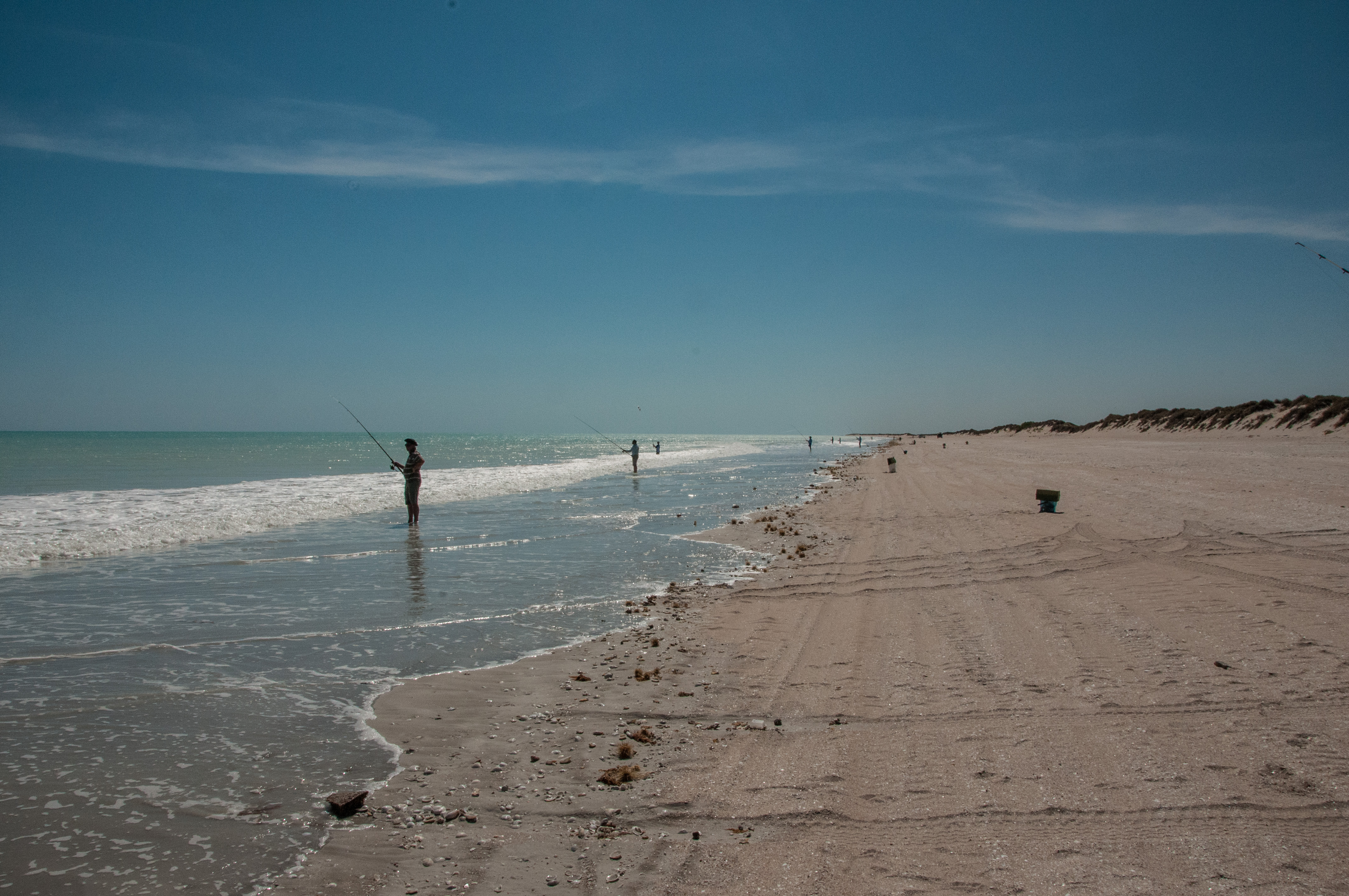 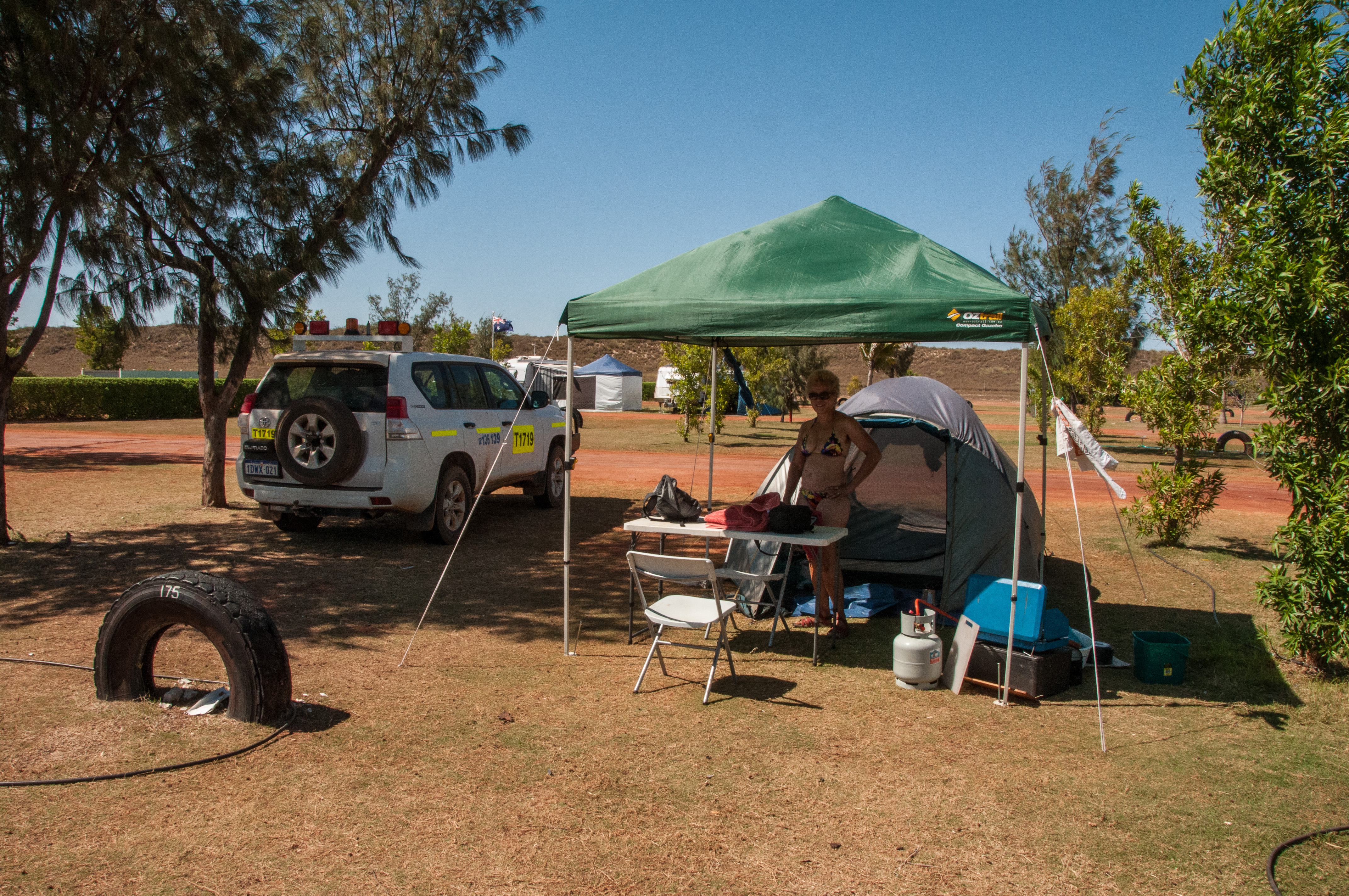 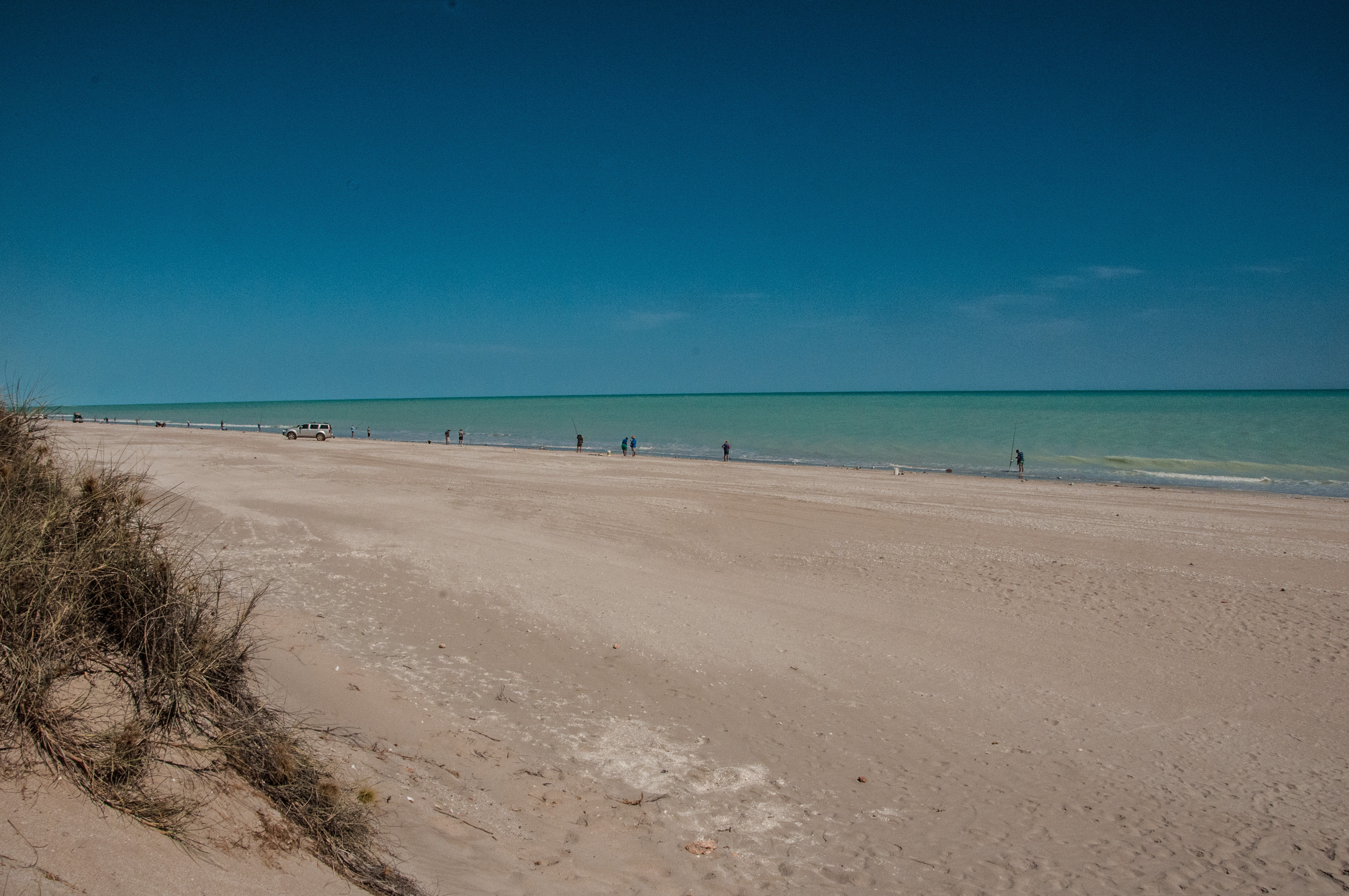